<
>
Matt Cooper is a Radio and TV Broadcaster, Newspaper Columnist and a Best-Selling Author. Matt presents and edits the daily news, current affairs and sports programme, ‘The Last Word’ on Today FM from Monday to Friday, 4.30pm to 7pm. He also presented ‘The Tonight Show’ on Virgin Media One. He writes a weekly newspaper column for The Irish Daily Mail that is published each Wednesday and 'The Last Post' column on the back page of the Business Post each Sunday.​ 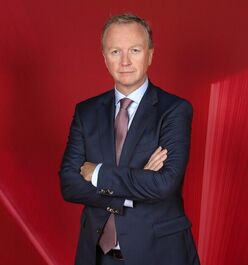 Matt has a long-standing interest in business, going back to his time as Business Editor of the Irish Independent. He has written two major business biographies, both of which were short-listed for Irish Non-Fiction Book of the Year: ‘The Maximalist, the story of Tony O’Reilly’ (2015) and ‘Michael O’Leary, turbulent times for the man who made Ryanair’ (2018). The latter was Financial Times book of the month in September 2018. He was also author of the number one bestseller ‘Who Really Runs Ireland’ (2009) and ‘How Ireland Really Went Bust’ (2011), both of which were also short-listed for Irish Non-Fiction Book of the Year.
​
Matt is a former editor of The Sunday Tribune, having been appointed at the age of 30 in 1996. He left for a career in radio in 2003. He was twice national journalist of the year and twice business journalist of the year. He co-produced and presented acclaimed Olympics documentary ‘No Earthly King’ in 2012, and ‘Ireland’s Brexit Dilemma’ and ‘Trump versus Ireland’ for TV3 in 2016 and 2017.
​

Matt was lead presenter of the TV coverage of the 2007 and 2015 Rugby World Cups with TV3. He spent six years as anchor of TV3’s GAA coverage when the station hosted live championship matches. He regularly hosts live sports theatre events, having performed on stage interview nights with the likes of Roy Keane, Martin O’Neill and Joe Schmidt and has hosted major testimonial nights for the likes of Mick O’Dwyer and Colm Cooper. He was also chosen by former rugby international Jamie Heaslip to write his post-career memoir, which was published in 2019 and was short-listed for Irish Sports Book of the Year.
​
He was the narrator on the British made documentary ‘Dennis Rodman’s Big Bang in Pyongyang’ after he accompanied the controversial American basketball superstar to North Korea in early 2014.

Matt Cooper is a regular host, chairman and speaker at business conferences and events and ensures your occasion is enriched with a professional, well prepared, no-nonsense approach that gets the best result for clients.
​