<
>
Denise Van Outen is a multi-talented actress, singer, presenter, and musical theatre star. She has been one of the most popular and successful all-round entertainers in the U.K. since the mid-90's. She has enjoyed huge success on screen and stage since her first break came in 1996 by way of Channel 4's hit show, "The Big Breakfast" where she was the weather and travel presenter.

Stage success soon followed with starring roles in Chicago, Legally Blonde and many more.  Denise is currently starring in an all star cabaret show at Proud Embankment, which she also curates. 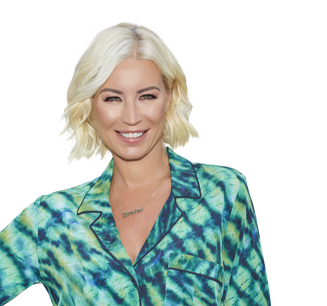 ​​Denise Van Outen has enjoyed huge success on screen and stage since her first break came in 1996 by way of Channel 4’s hit show, The Big Breakfast, where she joined as a Presenter.

Stage success soon followed with starring roles in Chicago (West End and Broadway), Tell Me on a Sunday (West End), Legally Blonde (West End) and Rent (West End), in addition to her debut independent film role with Tube Tales (1999), whilst also staring in the hugely successful sitcom, Babes in the Wood. Another film role was soon to follow, as she went on to star in in Love, Honor and Obey (2000). Denise entered soapland in 2015 by starring in Eastenders (BBC).

Denise’s success on Broadway gave her a taste for the US and she headed to LA to front NBC’s Grease: You’re the One That I Want!, before work quickly drew her back to the UK after a personal call from Lord Andrew Lloyd Webber resulted in her joining the panel for BBC1’s Any Dream Will Do! and I’d Do Anything (2007-2008). 2008 also saw her as co-host and performed with Michael Buble for ITV’s One Night Only, as well as hosting Hairspray: The School Musical, on Sky One. 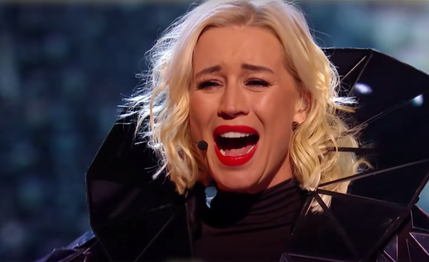 Whilst pregnant with her daughter Betsy, Denise designed and launched her own maternity clothing range with Very. She has also written a book about her experiences of pregnancy called Bumpalicious, and a follow up ‘Adventures of Parenthood’ in May 2012.

Denise is a passionate fundraiser, and in the past three years has embarked on huge personal challenges that saw her climb Kilimanjaro, cycle 187 miles across parts of India and most recently completed a Himalayan trek in search of the Dalai Lama.

Denise was a lead judge on the ITV’s talent show Born To Shine and reached the final of BBC One’s Strictly Come Dancing in December 2012, in addition to staring in the UK film, Run for Your Wife.  Denise embarked on a West End run of her one woman show that she wrote titled, Some Girl I Used to Know in 2014. She has enjoyed being a Judge on the first ever Ireland’s Got Talent for TV3 (2018 & 2019). Denise is a regular panelist role on ITV1’s Loose Women, and is also the brand ambassador for Matalan, the high street retailer (since 2016).

She currently enjoyed a stint on the iconic Australian soap opera Neighbours as Prue Wallace throughout 2019 and also appeared on The Masked Singer UK where she went disguised as ‘the fox’ (2020). Denise is also currently starring in an all star cabaret show at Proud Embankment, which she also curates.