<
>
​Diarmuid Gavin is an award winning Garden Designer, TV and Radio Broadcaster, Author and Columnist who works in a contemporary style throughout the world. His design philosophy involves listening carefully to the client's brief, gaining an understanding of the space, acknowledging all architectural and historical influences and developing a refined, considered and sustainable design solution with some added magic.

A busy television career has seen him work for all the main broadcasters in Ireland and the UK, including the BBC, ITV, RTÉ and Virgin Media. In 2020, Diarmuid presented Gardening Together on RTÉ One where he invited the people of Ireland to get gardening by answering questions and offering gardening tips throughout the show. He also writes two Saturday newspaper columns, for the Mirror in the UK and the Independent Weekend Magazine in Ireland. Diarmuid  launched the Dundrum Town Centre Garden of Pure Imagination which opened in Ireland's premier retail centre in May 2017. The garden allowed Irish audiences to delight in the recreation of his 2016 Chelsea Garden for a 16 week instillation.

This concept has since won the gold "Art at Work" award at the Field Marketing and Brand Experience Magazine Awards. 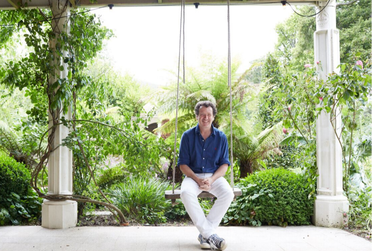 ​​Diarmuid studied amenity horticulture at the Botanic Garden in Glasnevin. In 2007, he was awarded an honorary Doctor of Art from Nottingham Trent University in recognition of his contribution to garden design. Following this he established his own garden design and studio consultancy, Diarmuid Gavin Designs which boasts clienteles throughout Europe, Africa and Asia.

After twice winning the Royal Dublin Society Gold medal for garden design during the nineties, he displayed at the prestigious Royal Horticultural Society Chelsea Flower Show in 1995 and 1996.  His modern vibrant city garden in 1996 caused quite a stir and led to a career in television where he developed a unique style in contemporary garden design. Since then, Diarmuid has created nine gardens at the Chelsea Flower Show, including an instillation inspired by the drawings and humour of British iconoclast Heath Robinson.  ​​

​A busy television career has seen him work for all the main broadcasters in the UK and Ireland. In 2020 Diarmuid presented Gardening Together on RTÉ One where he invited the people of Ireland to get gardening by answering questions and offering gardening tips throughout the show. He was Format Deviser, Presenter and Garden Designer on the RTÉ programme I Want a Garden. In this programme Diarmuid faced dilemmas and challenges in order to help families achieve their dream gardens. 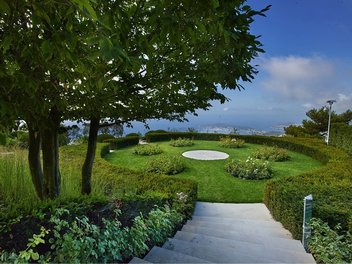 He presented the series Dirty Old Towns where he worked with residents on a number of towns around Ireland that needed some attention.  In 2009, RTÉ's Blood of the Irish, aired to great acclaim and won an IFTA for Best Documentary Series. In it, Diarmuid travelled the world, determining through genetics, the origins of the Irish race, going back 60,000 years.

Diarmuid wrote and presented the show Diarmuid’s Pony Kids also on RTÉ. In ten short weeks, he arranged that the showjumping community would train Diarmuid and six kids from Dublin housing estates to be show-jumpers worthy of jumping on the final day of the Dublin Horse Show. For this, he again received an IFTA for Documentary Series of the Year.

He has appeared on a Christmas special of RTÉ’s The Restaurant where he was keen to avoid the ‘turkey with all the trimming’s approach’. He won a Come Dine With Me Christmas special and was a contestant on BBC’s Masterchef and Mastermind. 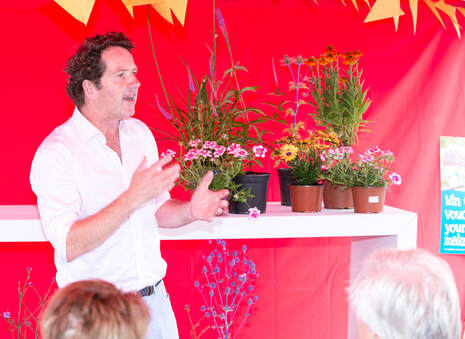 On Virgin Media One, Diarmuid has appeared on The Six o’clock Show and Ireland AM delivering his garden expertise and knowledge to audiences at home with keen green fingers. On UK television, for eight years his main programme, Homefront, broadcast by the BBC, achieved top ratings. He has worked on garden history programmes such as Art of the Garden in association with Tate Britain and Gardens through Time, profiling the history of the Royal Horticultural Society over 250 years.

Diarmuid took part in a two hour documentary aired on the BBC called Rich, Famous and Jobless, living alongside unemployed people for eight days to find out what’s it like to be unemployed in the UK.  Diarmuid’s television credits also include Home Front, Planet Patio and 71 Degree’s North. He has been ITV’s This Morning Resident Garden Designer and has travelled to many UK and worldwide gardens to film a sequence of mini-series for the programme as well as completed many UK makeovers. 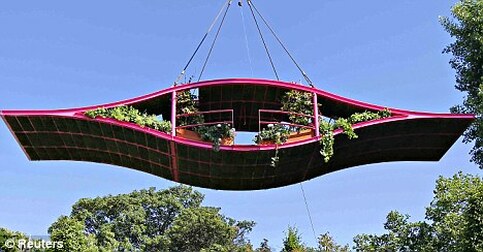 ​​In 2011, he exhibited his most daring garden yet at the Chelsea Flower Show.  Irish Sky Garden, a garden pod suspended with the use of a 250 tonne crane over a sumptuous verdant ground garden became the highlight of the show and won Diarmuid the coveted People’s Award.

Diarmuid lectures extensively throughout the globe, including recent stints in Toronto, London, Monaco, Moscow, Stockholm and Kiev. The author of eleven garden design books, his most recent publication - The Extra Room - appeared in September 2016.

He writes two weekly Saturday newspaper columns, for the Mirror in the UK and the Independent Weekend Magazine in Ireland. Diarmuid has collaborated with Sir Terence Conran on both writing and design projects and works regularly with acclaimed Czech Architect Eva Jiricna and plants-woman Helen Dillon. 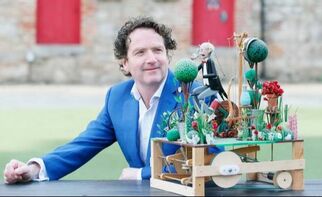 ​In association with Harrods Chelsea Garden, he designed an in-store month long garden related festival and launched a joint garden design and garden creation venture with Harrods, Knightsbridge called Harrods Gardens. He has represented companies such as Morrisons, Marshalls Paving, Oceanico Properties, Westland Horticulture, Karcher, True Temper, Air New Zealand, and has product ranges with Kilsaran Paving and Alexander Rose garden furniture. Diarmuid is the Ambassador for the Prince of Wales Foundation for the Built Environment. He represents the views of the foundation to communities throughout the UK.

He has started designing both private gardens and public parks in China and travels there regularly to meet clients, presenting plans and surveying build progress.
​ 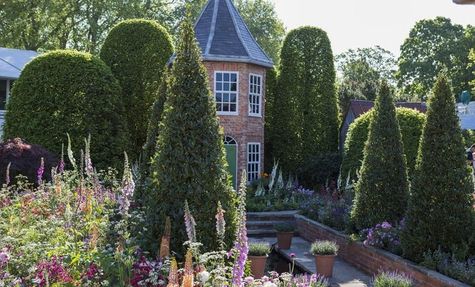 Diarmuid also launched the ‘Dundrum Town Centre Garden of Pure Imagination’ which opened in Ireland’s premier retail centre in May 2017. This garden allowed Irish audiences to delight in the recreation of his 2016 Chelsea Garden for a 16 week instillation, which has since won the gold "Art at Work" award at the Field Marketing and Brand Experience Magazine Awards.
​
In Spring 2017, Diarmuid embarked on a nationwide tour of Irish theatres with his one man show. He revealed some of the mischievous antics from behind the scenes of garden making at the Chelsea Flower Show and fascinated with stories of a thousand years of garden creation around the globe.  ​ 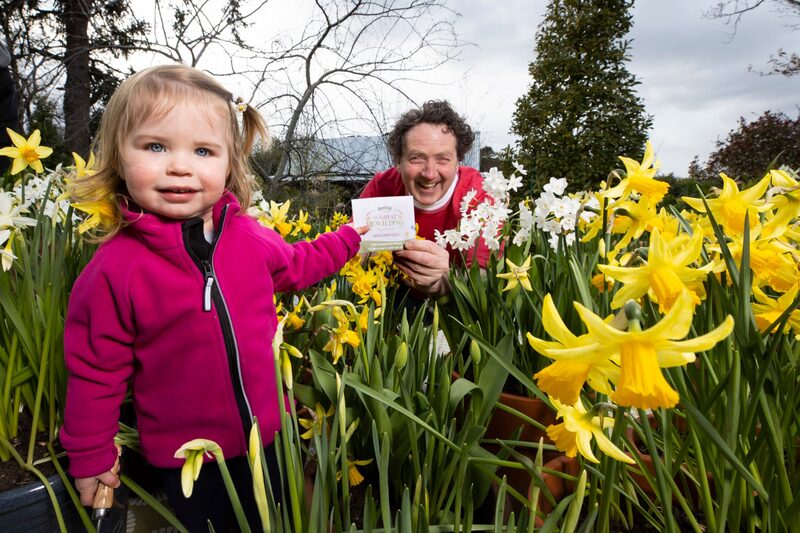 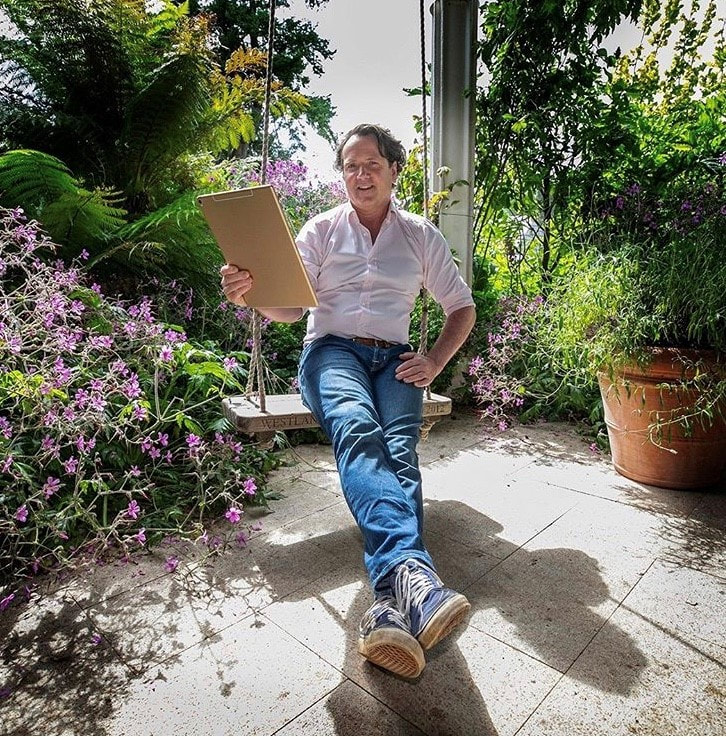 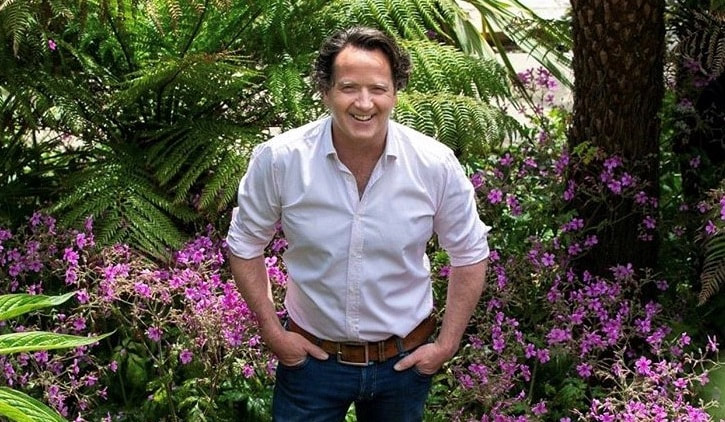 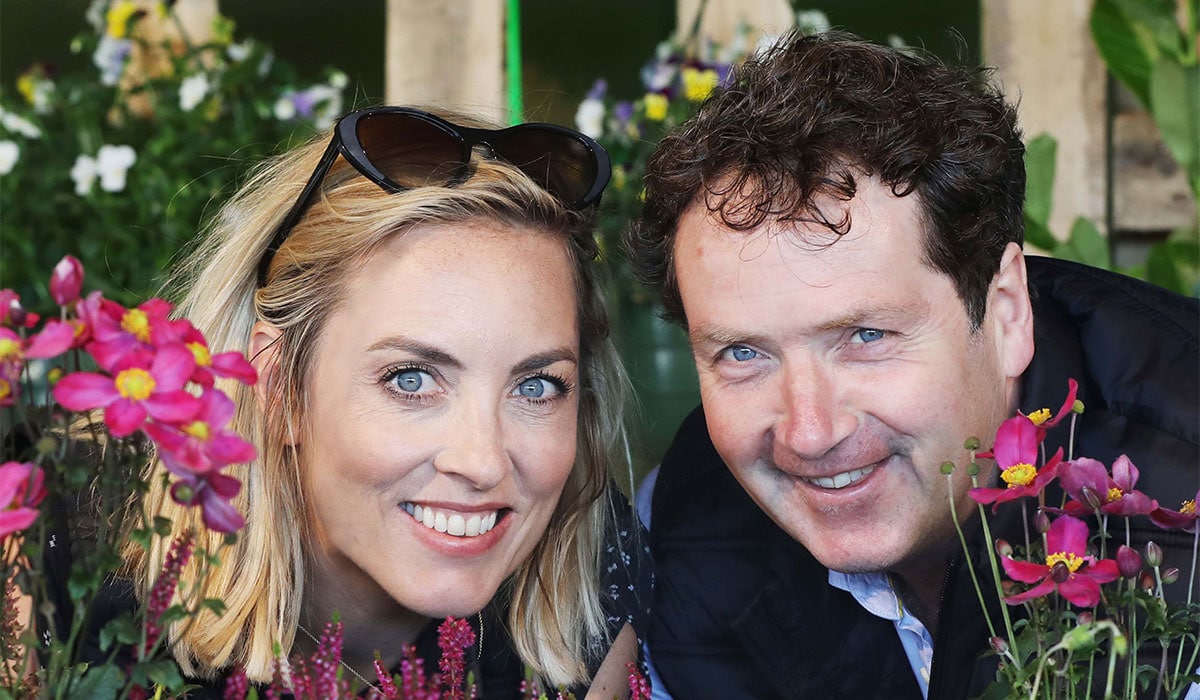 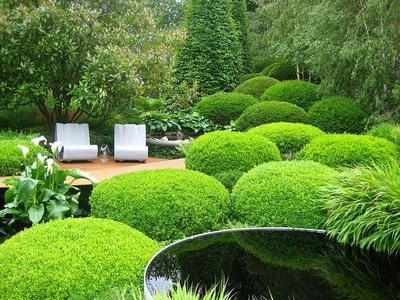 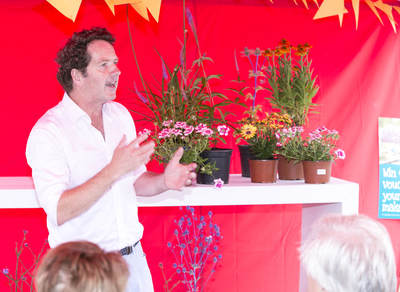 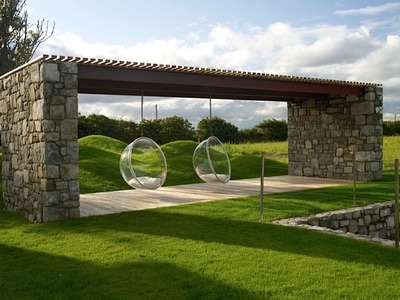 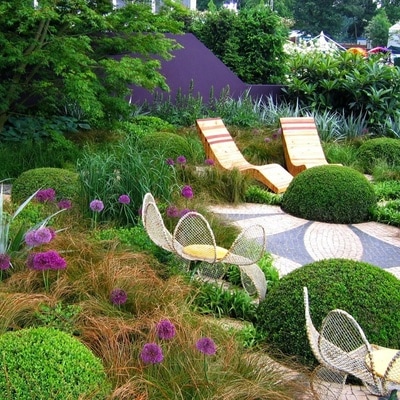 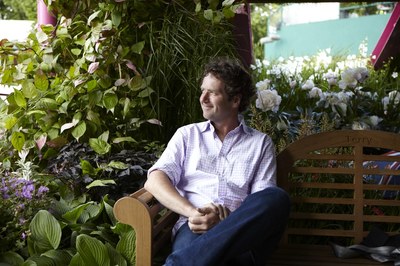 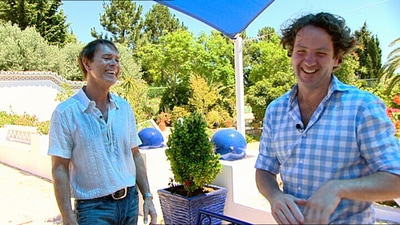 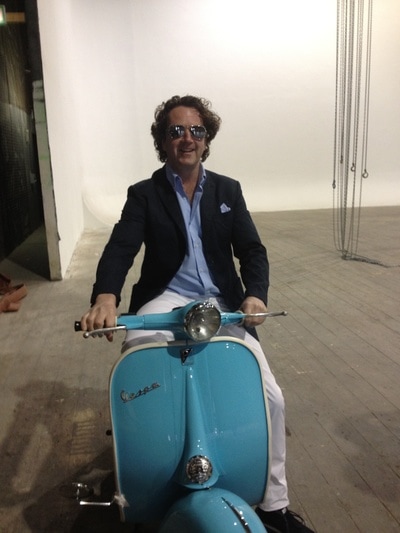 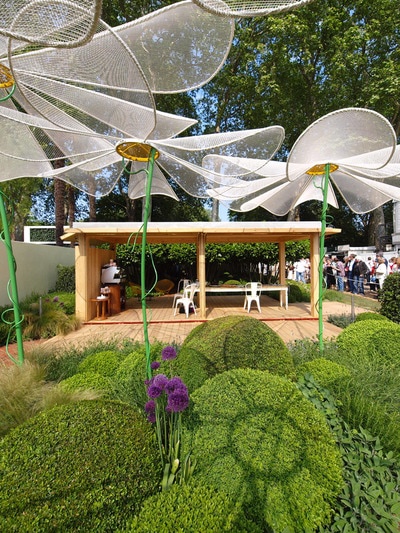 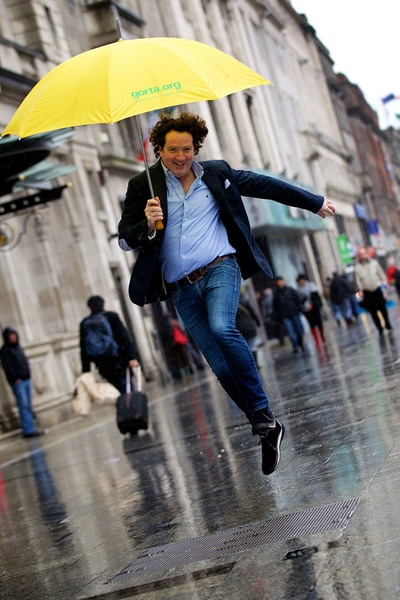 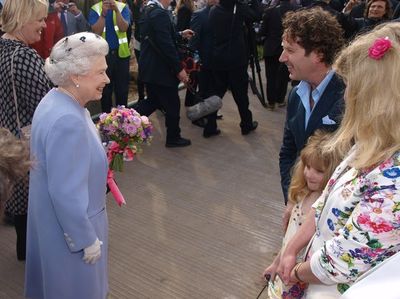 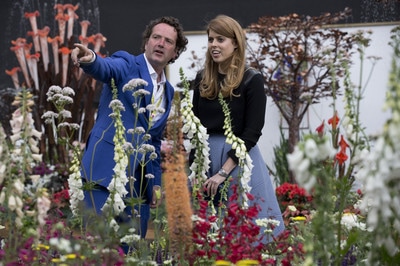 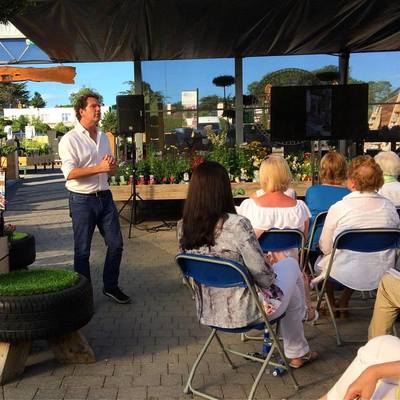 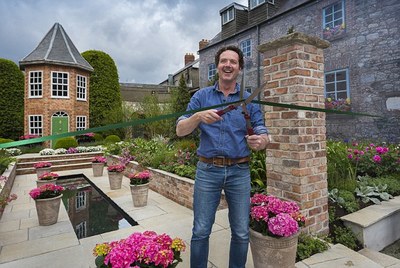 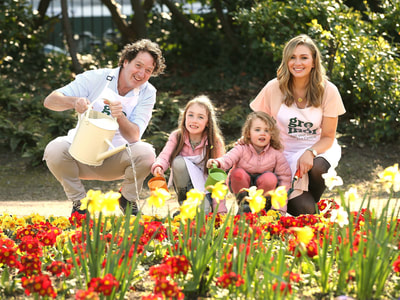